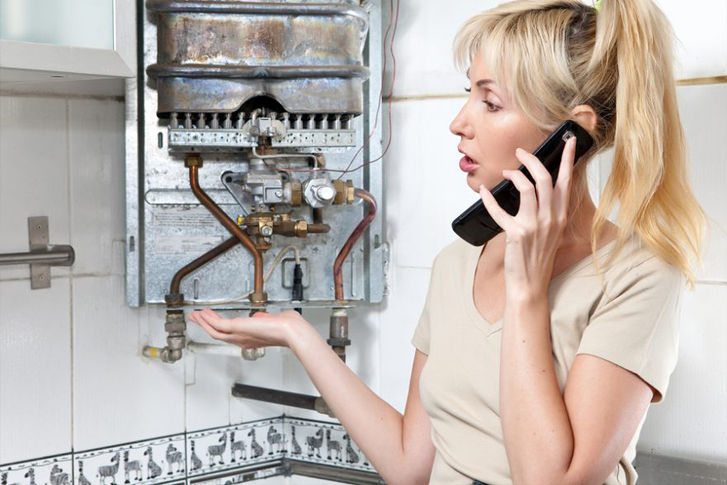 Modern gas boilers need constant water pressure to function safely and efficiently. So if your boiler keeps losing pressure and leaving you without heating or hot water, there may be a cause for concern. It’s important to search for and identify the source of the leak as soon as possible, to protect your boiler and the rest of your home from any potential damage.

Firstly, by way of explanation, boiler pressure is the balance of air and water in your boiler’s sealed system. Too little pressure (ie insufficient water in the sealed system) results in an inadequate flow around the boiler system. Although your boiler’s pressure gauge will clearly indicate if you are experiencing pressure loss, it can be tough to find the reasons why due to the complex nature of domestic heating systems. There are a few main boiler issues that typically cause low boiler pressure – water leaking somewhere in the heating pipework or an expansion vessel failure that results in pressure relief valve damage are two common occurrences. The problem might also be that you’ve recently bled your radiators, removing a substantial amount of air from the system, leading to low boiler pressure.

Let’s take a look at some of the reasons why your boiler may be losing pressure, and whether or not you can resolve the issue yourself without having to contact a boiler repair specialist.

What should my boiler pressure gauge read?

As a good rule of thumb, normal combi boiler pressure should read between 1.0 and 1.5 bar, and thankfully the process of checking your boiler pressure is actually very simple. Firstly, you’ll need to find the pressure gauge on your boiler – it’s usually located on the front panel of the appliance. The gauge should have two coloured sections – one green and one red. Usually, when you have low boiler pressure (lower than 1 bar), the needle will be below the green area. If the pressure is too high (over 2.5 bars), the needle will somewhere be in the red section. When your boiler is not in use and is switched off, the gauge should be steady at around 1 bar, in the middle of the green zone on the gauge. If you watch the gauge when your boiler clicks into operation for central heating or hot water, the pressure will slightly increase before dropping back down.

Some of the most common reasons that your boiler is losing pressure include:

A water leak occurring somewhere in your central heating system might be tricky to track down. The leak could be anywhere in the heating circuit pipes of your home, potentially giving you a large area to search. It could well be a leaking copper pipe under the floors or within a wall, or perhaps a faulty radiator valve. Trace the visible pipework around your house, checking for any obvious signs of a leak from them, your radiators or radiator valves. Pay close attention to the bends and joints of the pipework, as this is where seals can weaken over time. This can result in the dreaded system pressure loss that knocks your boiler out of action.

Can I fix a system leak to stop my boiler losing pressure?

Serious or inaccessible leaks in your system are something that you should leave to the professionals. Where the leak isn’t obvious, you can’t reach it or there’s a major rupture, you’ll need a Gas Safe-registered heating engineer to make a boiler repair and reseal or re-pipe your system where necessary.

2) A leak in the boiler itself

Leaks from your heating system are fairly common, but not far behind are leaks from components within boilers themselves – usually due to corrosion or age. If you feel comfortable and able, remove the boiler cover and look inside for any signs of dripping or pooled water. But it’s more likely that fixing a leak in the boiler itself will need the services of a Gas Safe heating engineer. They’ll be able to identify which boiler part is leaking – with a number of components likely to be the culprit.

Every so often the expansion vessels need to be repressurised. In some cases, the boiler losing pressure could be because this hasn’t occurred. However, a more likely cause is the Schrader valve leaking. This is the safety valve on the vessel that looks similar to a car inner tube valve. It’s faulty pressure relief valves that can often cause boiler pressure loss. Another potential problem is the diaphragm on the expansion vessel degrading over time, leading to pressure being lost through it. If repressurising the expansion vessel doesn’t do the trick, or the problem appears to be a diaphragm or Schrader valve, the whole vessel will need to be removed and replaced rather than fixed in order to stop repeat performances of the boiler losing pressure. The worst-case scenario is probably if the heat exchanger is causing the boiler leak. This may require an entire new heat exchanger, which could cost several hundred pounds, even if your boiler manufacturer is still producing the right parts for the model, which is less likely if your boiler is more than 10 years old.

3) Faulty part or safety device in the boiler

All central heating systems can accumulate air pockets over time – and they definitely do when they get refilled. Bleeding your radiators is a good solution, but auto air vents (normally inside the boiler casing on newer combi boilers) can also help to combat this issue. If it’s the valves of the auto air vent that are faulty, however, that could be what’s causing the loss of pressure.

How to top up (repressurise) your boiler yourself

If you do lose pressure, in most cases it can be restored in just a few seconds without it becoming a major issue for your home.

Directly underneath your boiler should be some pipework, among which will be your filling loop. The filling loop should be the silver-coloured flexi pipe with either one or two taps on, which are usually black-coloured.

To increase the system pressure, turn the tap (or taps) fully until they lock at an angle of 45 degrees. When you’re opening the taps you should start to see the pressure rise on the boiler’s pressure gauge.

Step 3 – When the pressure gauge reaches the green, close the taps

Once the needle is back in the green zone at around 1.5 bar, close the taps and ensure that they’re fully back to their original closed position.

Struggling to fix your boiler pressure problem? You may need to call in expert, reliable plumbers to make sure you don’t wake up to cold rooms and cold water. The Woolfoot team are experts at keeping local families safe and warm. Find out more about how to fix low boiler pressure in Leeds here. Call Woolfoot Heating on 0330 113 8555 or email enquiries@woolfootheating.co.uk to discuss all aspects of boiler care, boiler repair and boiler installation.